Roger Humphries is celebrated by music critics and fans alike as one of the most exciting percussionists in the business. He has performed with music legends such as Ray Charles, Horace Silver, Richard "Groove" Holmes, Stanley Turrentine, Dizzy Gillespie, Lee Morgan, Coleman Hawkins, Grant Green, Lionel Hampton, Clark Terry, Joe Henderson, Freddie Hubbard, Jack McDuff, George Benson, John Faddis, Slide Hampton, Herbie Mann, and Randy Brecker among many others in his brilliant career. He has performed at some of the most prestigious jazz clubs and concert halls in the world. Formed in 1996, the Roger Humphries Big Band features a lineup of many of Pittsburgh's finest jazz musicians.

Anita Levels is a vocal artist, voice influencer, songwriter and producer who began singing at the age of three years old in Frankfurt, West Germany. Being a preacher’s kid, and a member of a musical family from New Orleans, Louisiana, U.S.A, singing and performance are in her blood. Her powerhouse, soulful, lark-like vocals have graced national and international audiences. 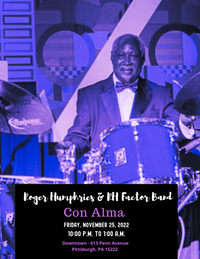 Roger is joining MCG Jazz as they spearhead a project to produce and promote six Pittsburgh based artists. The evening will feature all six leaders performing music from their new releases with some of the finest musicians in Pittsburgh accompanying them. Over 20 musicians will grace the stage for this Pittsburgh Celebration! 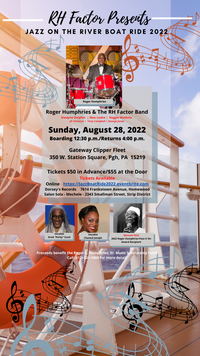 Welcome to Jazz on the River 2022! Enjoy a fabulous cruise on the river with Musical Greats: Roger Humphries and the RH Factor Band, featuring the vocal stylings of Dred "Perky" Scott and Chantal Joseph.

The 2022 Roger Humphries Pass it On Award Recipient is Pittsburgh's, Mensah Wali. Please help us honor him! 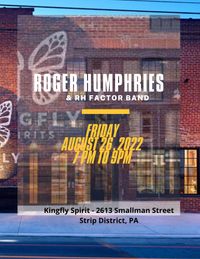 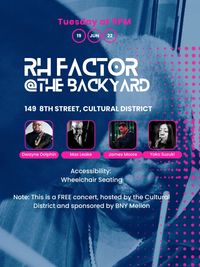 FREE Concert in the Backyard at the Cultural District. Come join the fun! 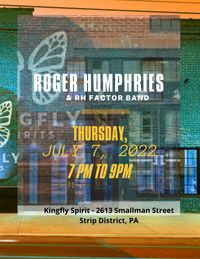 Bring the family and join us this Saturday at Carnegie Museum of Art. The group will perform in the Hall of Architecture between 1:30–3 p.m., no registration is required and each set is free with museum admission.

Delight in the sounds of the season in the Hall of Architecture among the Carnegie Trees with a live musical performance by Pittsburgh jazz-legend Roger Humphries and the RH Factor! Gather together for one or all of the performances and enjoy a range of music celebrating all that the season exudes. 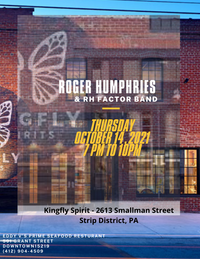 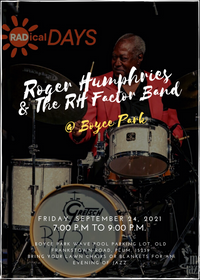 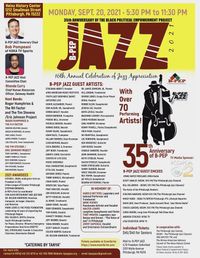 Bee Marshall, you did a WONDERFUL job planning and implementing Juneteenth! Thank you for inviting the RH Factor Band and me to perform at the SOUL FOOD FESTIVAL this Sunday, September 5, 2021 | 4:30 pm | 3rd Avenue and 9th Street.
Join us; A fun time will be had by all! 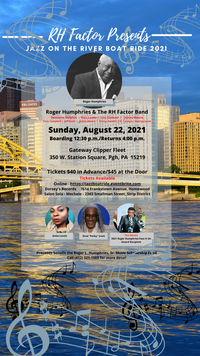 Roger Humphries - Jazz on the River 2021 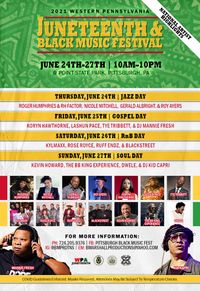 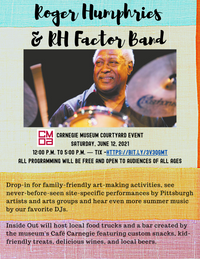 Inside Out will host local food trucks and a bar created by the museum's Café Carnegie featuring custom snacks, kid-friendly treats, delicious wines, and local beers.